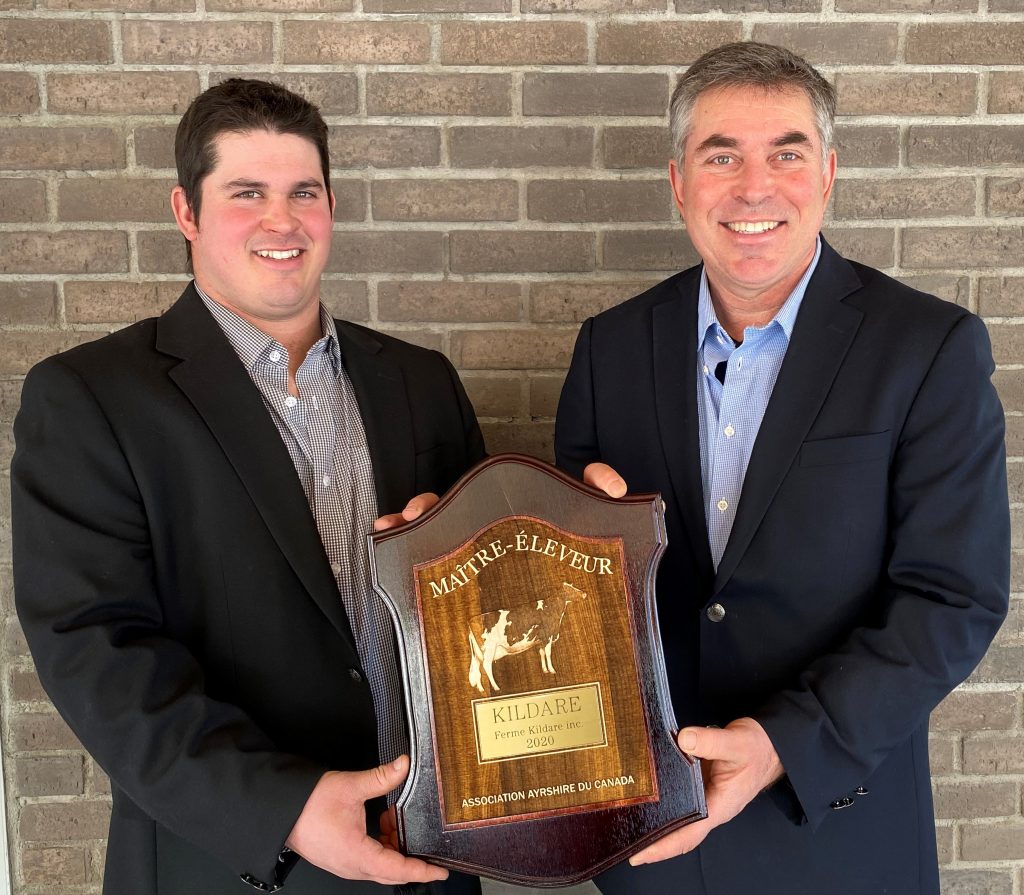 Ferme Kildare from Saint-Ambroise de Kildare, Québec was awarded the Master Breeder title for the second time this year. Although the farm has been in operation for over 5 generations, it is only in the 80’s that an Ayrshire breed register was created. Then a student at Institut de technologies agricoles in Saint-Hyacinthe, Jean-François registered the family farm cows with the National Identification Program (NIP). It was only in 1994, though, when he came back to work on the farm that Jean-François really started the Kildare breed, taking part into animal shows and various breed activities.

Thanks to a few good acquisitions and especially to the farm-raised cow Kildare Heligo Xante EX 14*, which has held the No 1 rank for its LPI for many years, Kildare seriously started to make a name for itself.

Upon graduating from the same agricultural institute in Saint-Hyacinthe as his father, Jérôme joined the farming company. He bought a neighbouring farm, acquired Hautpré herd, and created Kildare II. The company now owns more than 1000 acres of land, 350 heads and produces 250 kg/day of fat from two locations.

A 6th generation is now growing, and the owners are already working at winning a third Master Breeder award.