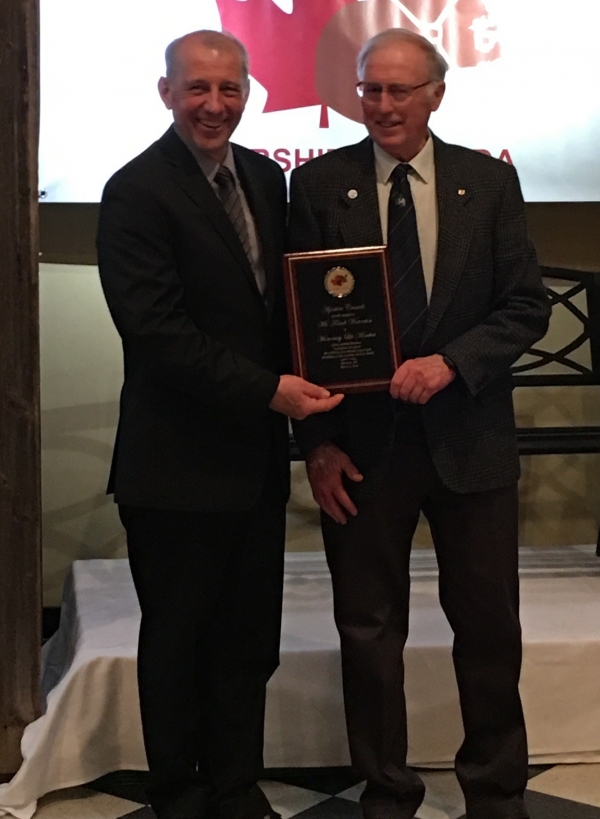 Frank started farming at just a young age and, after graduating high school, he decided to stay at home and farm alongside his father Frank Sr. In 1994, Frank and his wife Anna purchased the farm and went on to be the third generation to continue on with the Braefield prefix.

He has always been a very active member of the New Brunswick and Atlantic Ayrshire Clubs, holding the President and Secretary positions for many years. He also held the position of National Director for the Atlantic Provinces for Ayrshire Canada.

Frank started showing Ayrshires at their local shows in 1970, bringing home many Champion cows and banners, and has also judged some shows. He passed his love of Ayrshires and showing cattle onto all three of his daughters. Looking through old photo albums, there are many pictures of him in the barn with the girls and training calves at the young age of 3. As the girls got older, he helped them pick out quality 4-H calves and taught them the ropes of clipping and ethics of the show ring. Even during cropping going on at home during the busy show season, he always found time to sneak away and make it ring side to support the girls as they showed. He always takes time to stop and talk to everyone at the shows, whether it be about the weather, forage or life, but the conversations would always come back to cows. When talking to fellow Ayrshire breeders about Frank receiving this Award, it was easy to tell it was well deserved. To quote one breeder: “I really got to know Frank when I started showing at the Maritime Winter Fair in Moncton. He was always willing to help me anyway he could, whether it be with advice, feed or equipment. It was at that time he taught me a valuable lesson, that it is great to win, but it is more important for the breed to help one another and make sure every breeder’s animal shows at their best.” – Garnet Schellen. “Over the years, while holding the position of Atlantic Director representing the Maritimes, it was always great to get Frankie’s input on what was going on at the national level. Whether it was at an Atlantic meeting or chatting over the phone, he always had good constructive questions to ask, never complained. It wasn’t hard to tell that his love for the Ayrshire Breed ran deep. Always a pleasure to discuss or work on different subjects over the years.” – Peter Rossiter.

Over the years, his hard work and dedication to the breed have paid off in more ways than one. He has earned many production and low somatic cell count awards, has been in the top10 for New Brunswick producers for milk quality for 20+ years, and also been the New Brunswick Dairy Producer of the Year 9 times. He has also bred many EX cows and received his first Master Breeder shield from Ayrshire Canada in 2011.

On behalf of all your family and friends, Frank, we would like to congratulate you on this prestigious Award!