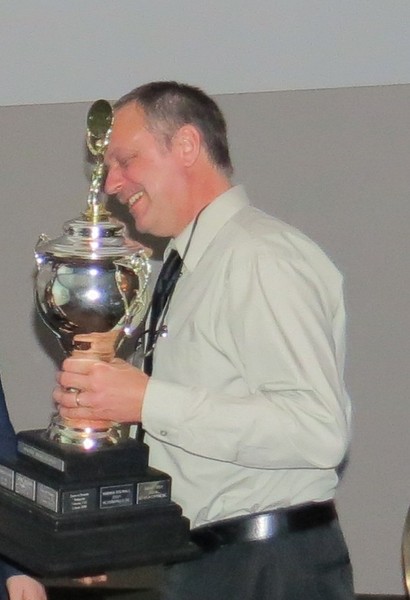 Henri has been President of Ayrshire Canada in the 2008-2009 and 2012.  He has attended countless meetings over that time as well as prior to taking on this position. He has served on numerous committees, traveled many kilometers, and always has a smile on his face when talking about Ayrshires. He has taken this position very seriously, and has done an outstanding job. Henri has been a great ambassador internationally and is very well respected both here in Canada and abroad. He has given generously of his time and abilities in representing the Ayrshire cow for our association. In 2012, Henri and his family were the host of the Ayrshire Ontario annual picnic who has been a very successful event and he also served as interim executive director of Ayrshire Canada following the departure of Linda Ness.  Henri is also vice-president of the world Ayrshire federation.  Our breed needs more people like Henri Hofer because Henri spends countless hours volunteering his time to proudly promote the Ayrshire Cow and is a firm believer in farm succession and young entrepreneurs.